STATEMENT BY THE BILTON CONSERVATION GROUP

The Bilton Conservation Group formed on 19th May 1982 at a Public Meeting in Richard Taylor School, Bilton Lane, Bilton, Harrogate. Local residents were concerned at the degradation of their immediate countryside through extensive car wrecks and fly tipping. There was also an immediate threat to the private Woodlands of the now-famous Nidd Gorge from a bid to divert the A59 through Bilton and proposals for major housing development in the Statutory Green Belt protecting Knaresborough from being engulfed by Harrogate to the detriment of both settlements. 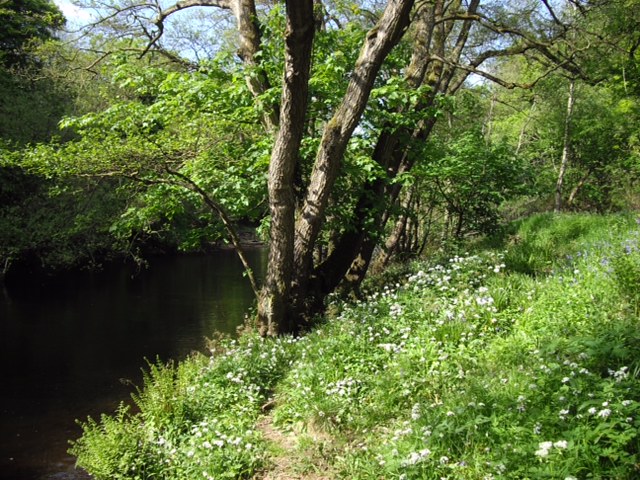 From an initial membership of 60 local residents the membership peaked at 550 when the first A59 Diversion Plans arose. Membership is presently more than 300, all dedicated to conserving Bilton’s Green Belt and the Nidd Gorge.

The following statement is based on the extremely sparse information in the Public Domain – namely the Steering Group’s major Press Release in the Harrogate Advertiser dated 29th September 2016 – the red, lilac, yellow, blue and green so-called Relief Roads and the £500,000 study to produce options for Public Consultation in mid-2018 and a bid for £100,0000,000 funding from Central Government. The case made by the Steering Group has been that the Green Route in particular is its favoured option as it has the potential to divert 40% of the A59 traffic from the A59 around the periphery of Bilton with the option of connecting feeder roads – Bilton Lane, Woodfield Road and Claro Road perhaps? No statistics are available to the Public to quantify what this 40% of vehicle movements would amount to 3200, 4000 or 5000 per day or what additional Induced and Generated Traffic would inflate this number. 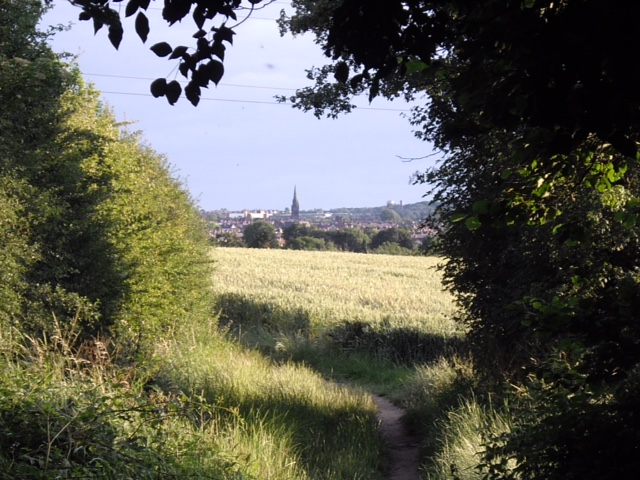 The Blue and Green Routes are familiar to those of us who were around in the early 1980s as they replicate the alignments put forward by those developers who aspired to build large housing estates in the Statutory Green Belt between Harrogate and Knaresborough. The theme then was ‘we will help build the road if you will let us have the land for housing’. It took the election of an Independent Councillor to expose what lay behind these so-called Relief Road Options and years of gathering evidence to satisfy the Public Enquiry in York before justice was done and the Green Belt secured.

The Bilton Conservation Group has worked in partnership with Harrogate Borough Council and the Woodland Trust continuously since 1983 to maintain the integrity of the now-famous Nidd Gorge protected by the Statutory Green Belt buffer between the Knaresborough and Bilton Urban boundaries. 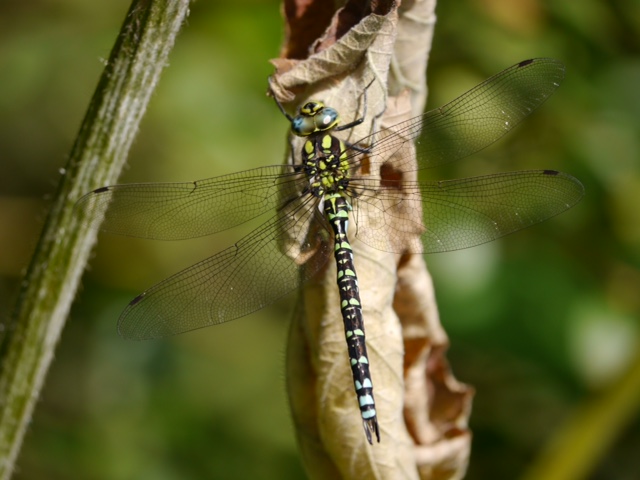 Public Appeals in 1984/1985 and 1992/1994 have secured over 125 acres of Woodlands and riverside along three miles of the river Nidd for the trust to maintain and the Public to enjoy in perpetuity, free from development. Complimenting the WT estate are over twenty acres of the adjacent council fields (known as Bilton Fields) which have been planted up with in excess of 43,000 native trees – 9000 of which were provided by the Woodland Trust, 10,000 by BTCV , and 23,000 under the Nidd Gorge Project . Yorkshire Water has planted over 20,000 broadleaf trees in the next compartment – again with open public access throughout.

Thousands of volunteer hours provided by local residents, scouts, guides, church groups, Young and Adult Offenders, the Army Foundation College, Ramblers, Cyclists, schools and a legion of others have cleared tonnes of debris, planted trees, opened up Footpaths and Bridleways to make the area the invaluable natural asset and tourist feature it has become today.

The extended partnership with NYCC, SUSTRANS, HBC, Cyclists, Ramblers, equestrians and others – funded by a National Lottery Grant of £400,000 saw the construction of a new four mile Bridleway from Harrogate Town Centre through Bilton Fields, across the Nidd Viaduct to Ripley Castle, complimenting all the work done in Nidd Gorge since 1983. 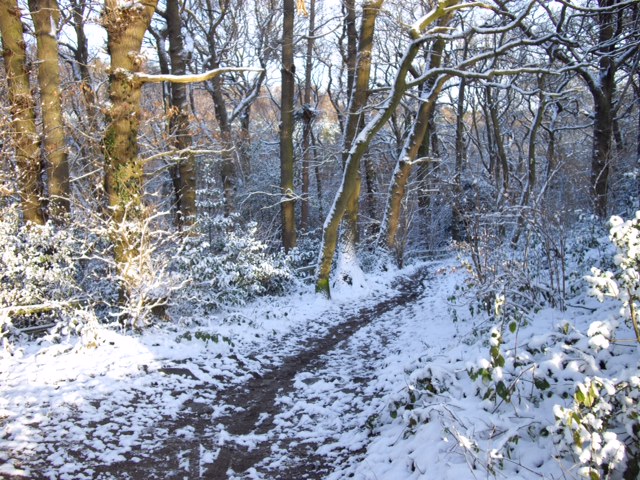 The rich bio-diversity of the Bilton Fields and Nidd Gorge, on the very edge of Bilton, cannot be over stated. The Millennium Bio-Diversity Project in 1999/2000 established that there were 104 resident or visiting bird species (now 120), 500 flowering plants, 150 mosses and liverworts, 259 fungi, 21 mammals, 16 fish, 4 amphibians and one reptile.

The skylark has nested here for six consecutive years now and the barn owl has been seen hunting over Bilton Fields every season for three years.

Under this partnership the WT has funded the planting of at least 9,000 native trees in Memorial Woodlands on Harrogate Borough Council land in 20 acres of Bilton Fields abutting the WT estate next to the Nidd Viaduct and the Nidderdale Greenway (Ripley to Harrogate Town Centre Bridleway 2013) – to create wildlife corridors and improve Public Amenity.

Perceived Impact of the A59 Diversion – Blue Route – on WT interests

The Blue Route appears to bisect the Baden Powell Centenary Wood and Anniversary Wood before spanning the WT’s property at Bilton Beck Wood (90 foot deep ravine) then closely following the WT boundary along the rim of the Nidd Gorge towards Knaresborough. The WTs landholding and adjacent private Woodlands are a designated SINC (Site of Importance to Nature Conservation); due in part to the results of a bio-diversity audit in 1999/2000 when its rich flora and wild life were studied and recorded extensively. The ‘Blue Route’ diverting a major A road so close (circa 200 metres?) to this sensitive habitat would isolate and fragment wildlife corridors which have been so actively conserved since 1985. It would bisect three PROWs (Public Rights of Way) which allow equestrian and pedestrian access through and across the WT Nidd Gorge Estate and deny Public Access and enjoyment of this famous natural amenity.

Perceived Impact of the A59 Diversion – Green Route – on WT interests

The Green Route, whilst only coming within 350 metres of the WTs landholding nevertheless bisects two PROWs accessing Nidd Gorge. It also impacts very adversely on Queen Elizabeth II Diamond Jubilee Wood and the 30 year old parking amenity on Bilton Lane which has been so popular with WT visitors since 1985. 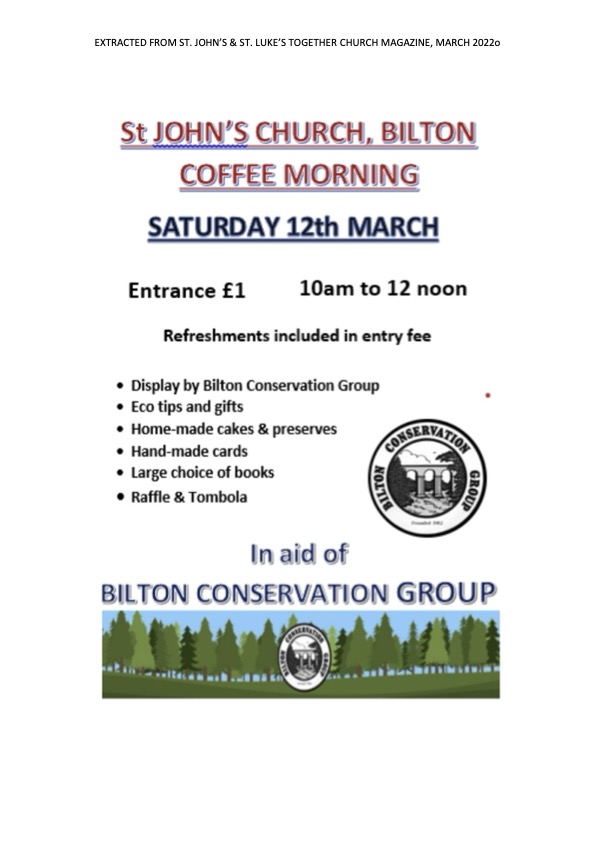